Why Adapting in the Social Age is Key to Survival 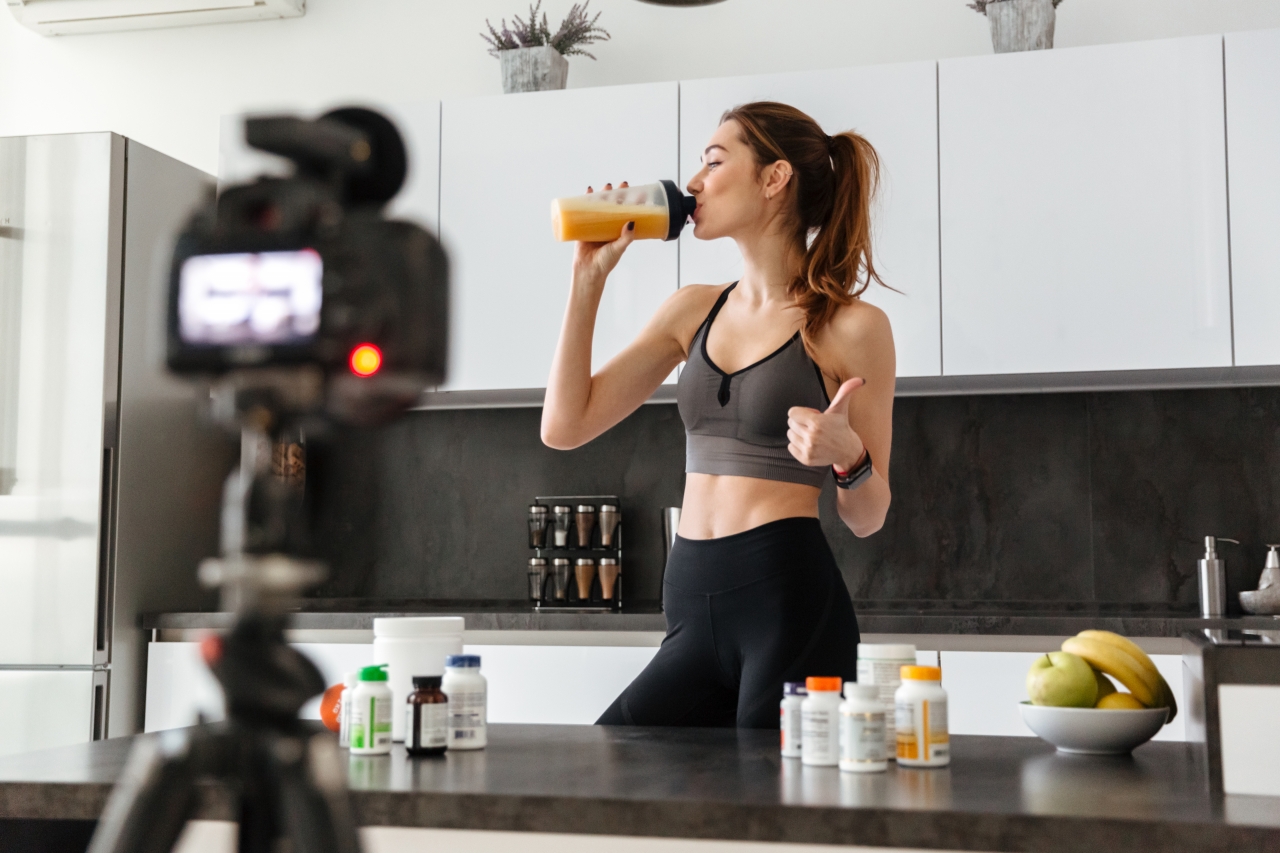 Do you think social media is something to assign to the marketing department?

Do you think social is mainly about getting out your message?

Do you understand that the Social Age changes everything?

I recently had the opportunity to talk with my friends, Ted Coiné and Mark Babbitt about their new book A World Gone Social: How Companies Must Adapt to Survive.

They are both social media experts who help leaders and companies understand and thrive in the new social age.  Ted Coiné is co-founder of one of my favorite leadership communities, Switch & Shift and he was named a Forbes Top 10 Social Media Power Influencer.  Mark Babbitt is CEO and founder of YouTern, a social community for college students and young professionals.

Talk to the corporate leader who really is not online; the executive who maybe has a Twitter account but hasn’t signed in for a year.  What does she miss?

Business leaders not active on social are missing an asset that decision-makers in the Social Age desperately need to remain relevant and to spot trends: real-time, unfiltered market intelligence.

Through social listening, we learn what our customers are saying about us as they say it.  We observe how our brand is perceived.  We also see what our competition is up to – and perhaps even opportunities they’re missing because they are NOT listening.

Suggestion boxes?  Focus groups?  Surveys?  Those tools were all great in the Industrial Age – but they can’t begin to compare to the real-time market intelligence available to us for free on social.

Let’s flip to the other side: What are the downsides of social media?

Social media is an equal-opportunity amplifier. It amplifies the good, certainly.  But it also amplifies the bad.  Be insensitive, act unethically, mistreat a customer or employee, kick a dog in an elevator, put short term profits over people – or even this-quarter profits over common sense – and your brand will suffer.  Because today – through what we call the “Social Robin Hood Syndrome,” where the public is more than ready to rally in order to right a wrong – a complaint can very quickly become a tsunami of bad press.

While these downsides of social are very real, the vast majority of social horror stories are caused by ignorance, corporate arrogance, unethical leaders, uninspiring or even abusive employers – all who become easy targets when customers, employees and watchdogs turn to social for justice.

Fortunately, this phenomenon is also a positive; this forced accountability helps leaders realize that we must run our organizations in an ethical, honest fashion.  And if you’ve been leading in a commendable way all along, this amplification feature of social is your company’s best friend.  Over time, you’ll earn the market share of your less-than-exemplary rivals.

The subtitle of your book is “How Companies Must Adapt to Survive.” What are some of the dangers of a company largely ignoring social media?

What we learned from trend watching over the last five years is that social isn’t a technology radically affecting how we lead our organizations. Rather, the Social Age is a new era; social has changed business forever. The Industrial Age had a good run, but it’s over.

The business world is already showing us what happens when companies continue to operate under Industrial Age “best practices.” Look at the fate of JCPenney and Sears versus Amazon and its 17 million likes on Facebook. Ford, with its exceptional community building, and to a certain extent, new kid Tesla, are doing amazing work on social compared to competitors General Motors and Chrysler. And think about all the old-school beverage companies that are struggling while Red Bull rocks social media with 36 million likes on Facebook and 1.5 million followers on Twitter.

What are your top 3 recommendations for building in-house social media expertise that puts the customer first?

First, we would implore the C-suite to go social. Once that happens, a social business is going to happen.  Getting those leaders fluent in social, showing them the do’s and don’ts, is worth the investment – and shows the rest of the company that this isn’t just lip service, this is how business is done.

Second, meet the customers where they are now.  If they’re on Facebook and you prefer LinkedIn, guess what?  You don’t get a vote.  Learn to love Facebook (or Twitter, Instagram; whatever).  You need to be where your target market – and your customers, advocates and champions – are already engaging.

Third, live by four words we use throughoutA World Gone Social: How Companies Must Adapt to Survive: “More social, less media.” Social is an ongoing two-way conversation. Companies and individuals that just tweet and post and talk at, instead of with, their stakeholders – that fail to show a human side? Well, we quickly learn to ignore those brands, or at least don’t emotionally invest in their success.

As for the “customer first” part of that question, there’s a two-part answer.

Would you share a story of social media gone wrong and done poorly?

The only thing worse than a brand not engaging with its customers at all on social is when a brand programs an automated message that pretends to be a human. Maybe someday we won’t be able to tell the difference, but that day was long off when Bank of America tried to fool some detractors into thinking there was a real person replying to their tweets.

It all started when an angry person, who had written an anti-foreclosure statement on the sidewalk outside a Bank of America branch in New York, tweeted about the police making him stop his one-man protest. An empathetic follower retweeted the message. Shortly after the retweet, a reply from the bank came: “Hi, I work for Bank of America. Anything I can do to help?”

No problem. Except as the conversation grew and more Robin Hoods piped in, a Bank of America autobot kept sending versions of that exact same tweet – over and over. No matter how many tweets went out from those supportive of the protestor, the same reply came: ““Hi, I work for Bank of America. Anything I can do to help?”

By the time a real human had interjected, the work of a lone sidewalk protestor had become a national news story – and a social lynch mob had formed. The incident severely hurt the credibility of Bank of America, which – still reeling from the “too big to fail” financial crisis – certainly didn’t need any more bad press.

If a business leader says, “I have no time for social media, or to blog!” what other ways do you recommend he or she build an online presence?

Many great leaders are not socially inclined. They may have no skill in writing, and no desire to serve as a blogger. Even some who would do quite well on social, or can write, simply don’t have the time. And that is okay because a CEO doesn’t have to be social… the brand does!

Perhaps the CMO is ready to take on the role? Or a chief engineer? Without a doubt, every organization can find an internal champion to serve as the social face of the company.

It helps, of course, if the CEO participates in social media – but that can be done in a number of ways including video blogging, delegation of social monitoring, and so much more. And it doesn’t take much for a social leader – any social leader – to get involved. How long does it take to read six tweets and send two?

On the way to or from your car.  In line getting coffee.  In between appointments. Social becomes second nature, even for the most resistant. And those leaders who take that time, who commit to social, learn a great deal from the unfiltered intelligence gathered along the way. One post or 140 characters at a time, they build relationships and credibility. Soon, a personal brand emerges, which only helps the corporate brand. So go ahead, reluctant leader… stick your toes in the water.

Whether I’m reading your blog or your book, or having a conversation with you, it doesn’t take long to read or hear the word “engagement.” What is engagement to you and why is it so important?

Engaged employees care about their work; they like their companies and what they do for those companies; they like their bosses and colleagues – and their companies prosper as a result. Engaged customers care enough to provide objective feedback, helping a company further develop products.  An engaged social community, should something go wrong, cares enough to rise to the defense of the brand.  That is absolutely priceless.

Throughout A World Gone Social: How Companies Must Adapt to Survive, we also use the word engagement to mean how brands and individuals interact on social as well.  It is imperative that we don’t use social as just another set of broadcast tools but actually engage with the people we meet online, converse with them, understand what is important to them.  When you see a high-profile leader like Avon’s Chairman Doug Conant thank the people who share his posts, for instance, what you’re witnessing is a social leader who is truly social. Customers and potential customers respect that willingness to engage; they gravitate to it; they admire him for his humanity, his humility.

Has engagement earned its spot in the buzzword hall of fame? You bet it has. Is it simultaneously one of the most important aspects of effectively running a Social Age business? Without the slightest question. As we might put it on Twitter: #EngageOrDie.

Would you share a company who is doing social well?

No company is flawless.  Mistakes are made.  But that’s another nice thing about the Social Age: businesses are allowed to be human; imperfection is expected and tolerance – even forgiveness to a point – is given when earned. And no company has earned their stellar reputation – and forgiveness for the occasional mishap – more than Zappos, most of whose 1,500-person-strong workforce, including CEO Tony Hseih, is quite active on social.

But in a recent blog post titled “Can You Out-Zappos @Zappos?” we called them out on an uncharacteristic lapse in social service.  Zappos, with its constant presence on Twitter, saw the post and quickly responded in a fully transparent and sincere way, apologizing for the missed opportunity to excel. And not only did they appologize, they had the class to thank us for the “tough love” we gave them in the post. They even sent Ted a free pair of shoes!

As we discussed earlier, a “customer first” ethic starts at the very top.  A social CEO is savvy enough to invest in a social workforce.  Zappos isn’t just social; it’s a Social Age company worthy of emulation.