How to Create Professional Video Ads That Convert 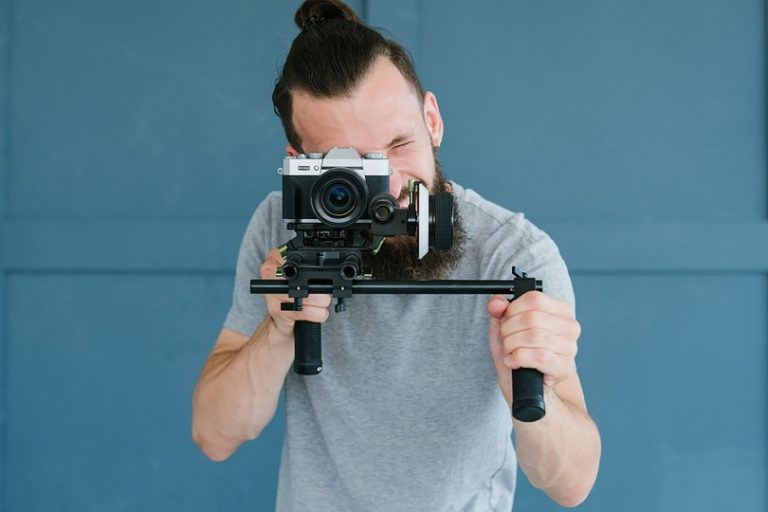 A recent survey by Hubspot claims “88% of video marketers reported that video gives them a positive ROI” and “From the people who told us they don’t currently use video, 59% told us they expect to start in 2020”.

Video has become an important part of the performance marketer’s toolbox. However not all video is created equally and knowing what converts and drives engagement is key to effective video marketing.

In the following sections I’ll be showing you what works right now in video marketing, how to produce high performing video ads and give you the background knowledge to start producing great video content for your brand.

A video ad needs to be in-line with the brand image for the product or service.

For a new dropshipped product that hasn’t been seen before, amateur footage of the product being used works well. For an ad promoting financial services a more professional look will purvey trust and authority in the niche.

It’s important to consider that many users will see the video ad with their speakers muted. For this reason, many video ads have text or subtitles placed on top of the ad to tell the story. However, note that some advertising platforms such as Facebook Ads have algorithms set up that negatively affect the ad ranking if it has a lot of text in it.

When working with ad platforms such as Google Ads for YouTube often only the first 5 seconds of an ad is viewed by 90%+ of viewers so it’s important to get straight to the point.

There is often a maxium file size or video length of anything from 15 seconds to 6 minutes.

General marketing psychology principles apply to video ads as much as they do to banners or other forms of advertising such as:

Cuts are important in video ads as they add interest. Attention spans wane quickly and a static video ad of a talking head for 60 seconds isn’t optimal. Adding camera movements either while filming or in post-production can keep interest for longer. Each cut should be between one and five seconds long.

If the aim of the video ad is to go viral and pick up organic traffic then the content should look like the content that is usually posted by users on the target platform. For example, when targeting Instagram ads take a look at the explore page to see what type of content is trending and craft a video in the same style that doesn’t look like a commercial advertisement.

Ultimately a video ad should be a short concise set of clips with overlayed text that clearly demonstrate the product and compel a consumer to take action.

Before we get started designing the ad we need to get the ad network specs for video ads so we know what limitations and restraints we have to work with.

A storyboard is a set of cartoon-like images that show how the video will progress. Each image represents a clip in the final production. There are templates online and a quick Google for “storyboard template pdf” will bring up plenty of options.

This is the one I use:

You don’t need to be an artist to do storyboarding and stickmen are fine. It’s about planning out what parts you will need and getting the video plan down on paper before you start filming or putting it together.

If there is going to be overlaying text on top of the video then make sure that each line of text has a place and enough footage.

Tip:Make the very first frame a static thumbnail for the video and the last frame a call to action showing where the customer can find your product.

Pexels is a free stock footage website where you can find a lot of high-quality clips. Use the search engine to enter keywords related to your niche.

Some videos may require some form of attribution so see the notes when downloading.

Storyblocks offers a monthly subscription from $10 for access to their huge catalog of video footage.

The footage on storyblocks is usually very high quality with a lot of 4k material available.

Custom content is great as it lets you have full creative control over the production.

Most online marketers will have a modern smartphone which is well capable of recording fantastic video footage. You don’t need an expensive camera setup to create a video ad.

What smartphones lack is quality audio and an external microphone such as a lavalier mic is essential if you want to record a voice over or speech.

An optional step to take your filming to the next level is to have a key light. This is usually an LED or CFD light placed at a 45′ angle from the subject to create an attractive and more professional look.

If you aren’t comfortable doing the video yourself then there are plenty of Fiverr gigs to do product demos or find an influencer on Instagram or TikTok to work with.

The best video editor is highly debated. If you are on a Mac then Final Cut Pro is a good option, if you use Adobe Creative Suite already then Premier Pro is included. For me, though I really like DaVinci Resolve and the free version has everything we need to create professional-quality video ads.

I found DaVinci made me a better editor because the interface is clearly laid out in sections that provide a workflow for your editing. I had been using Premier Pro previously and hadn’t even considered color grading footage before I discovered DaVinci.

So footage is imported from a camera and a rough cut is made taking out any mistakes. Most of the time is spent in the edit tab where you use a multitrack editor to build up clips of your project.

The Fusion tab can be used to do fancy intros and transitions. The next step is to do a color grade to improve the image quality. Then audio effects like compression and noise reduction can be added in the Fairlight tab to clean up the audio. Finally the project is exported to a final video file.

Here are some great free resources for audio backing tracks and sound effects:

Zapsplat – Another site that I tend to use more for effects, it is more modern design than Freesound.

Ben Sound – This is one musician’s site and if you play the most popular songs you’ll probably recognize them as they are widely used in promotional videos.

If you are recording your own audio then it’s important to use an external microphone and be careful of latency as often the video and audio will be out of sync and need correcting in post-production.

Color grading can take average smartphone footage and give it a professional look. It’s a bit like adding an instagram filter to your video but much more powerful.

When color grading in DaVinci you can create individual nodes for each filter effect. A simple color grading node tree might look like this:

The best way to learn color grading is to experiment to get a look you like.

It’s important to optimize the video as much as possible before you upload to the ad network. I’d recommend exporting at 30fps (frames per second) at the recommended resolution for the ad network in H264 .mp4 or .mov format.

Keep an eye on file size and if targeting a lot of mobile users or underdeveloped countries then it’s worth split-testing a lower quality smaller file size video which may load quicker.

VAST is an XML document format that details information about a video ad. It was created by the IAB to standardize video advertising between ad servers and video players. It tells the ad player which ad to play, where it should play, the URL to click, and if it’s skippable.

For most marketers using demand-side platforms, this is taken care of in the background but it may be something that you come across when scaling up campaigns or discussing video advertising.

Just like with banner ads there is no such thing as a perfect promotional video. Creating variations of a video takes more time than a banner but there are also a lot more options for things to test.

ROAS (return on ad spend) across many ad networks is higher for video ads than banner or text ads.

Continual testing and optimization are just as important with video as it is any other form of digital marketing.