Scope of Social Media Marketing: 6 Trends to Watch Out for in 2018 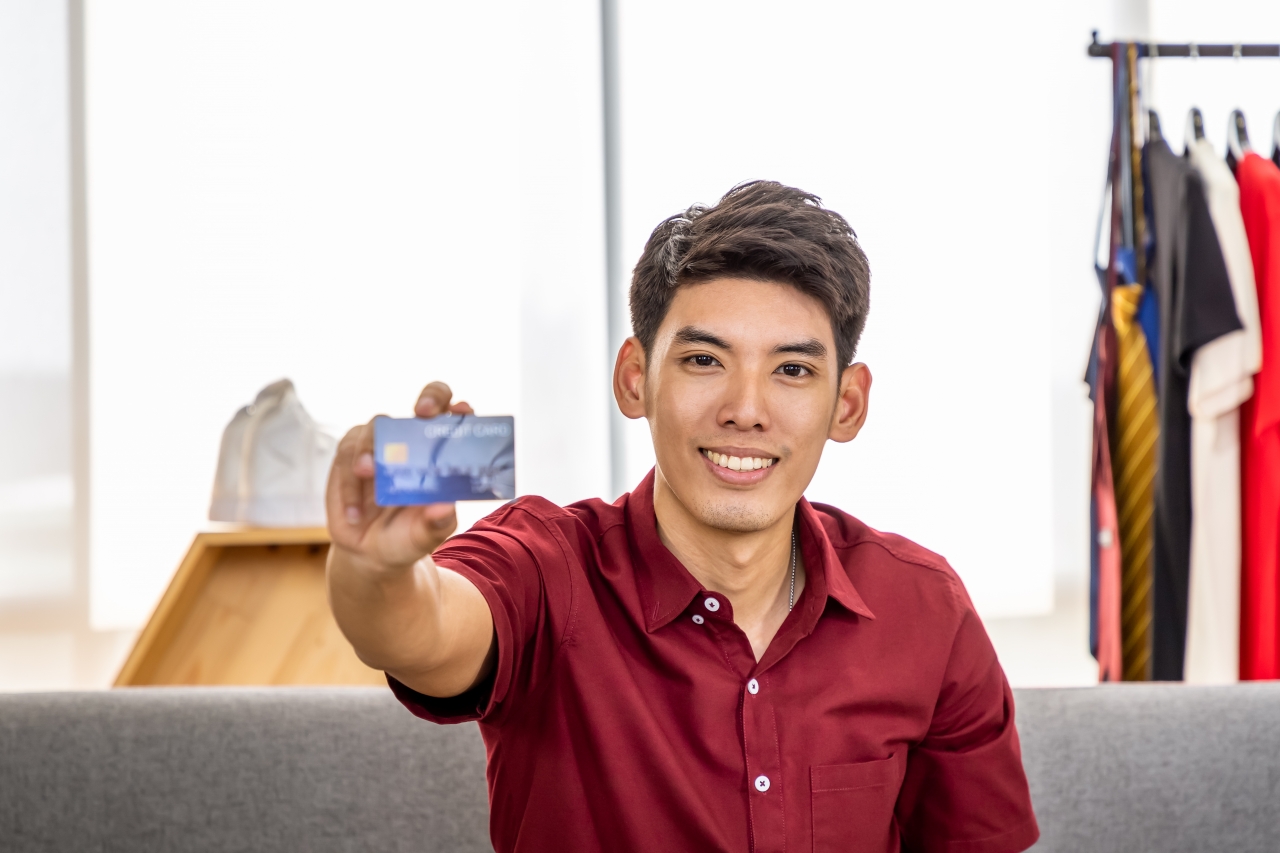 Social media was primarily created to interact with friends and family. Who would have thought that social media would become an integral part of marketing, the way it has today.

In this digital era, brands are trying to connect with their target customers across a range of social media platforms. With the proliferation of social media channels, and a deluge of content that a user is faced with on a daily basis, it has become increasingly difficult for marketers to grab users’ attention and attempt to engage with them.

Every now and again, you can see new social channels, a new type of content, and new ways to connect with your audience. Whatever shows promise in making your brand engage with your target audience, becomes a new trend.

These trends are mostly about the type of content, and in some cases how that content is delivered to the target audience.

So, what are the new trends in social media marketing that you need to watch out for in 2018?

Let’s get a sneak peek into the top Social Media trends in 2018.

Influencers are those individuals who have a lot of following on social media on account of specific skills or knowledge that they possess and disseminate to people. Ok, we all know that already.

You also must have noticed that over the years, the cadre of influencers has grown many folds, and they pretty much cover almost the entire range of lifestyle products and services. Ask marketers, and they would agree that in recent years influencers have become important catalysts for brand marketing. According to Linqua, 86% of brands are currently using influencers in some way or the other.

Consider a recent example.Rescue, a food product brand in the US, asked a number of micro-influencers and bloggers to promote its natural products range. They offered “Buy 1, Get 1 Free” coupon with their post.

The results were truly dramatic. The campaign garnered 133 million impressions. There was a 258% increase in Rescue’s Instagram followers, and over 6,000 clicks on the coupon site.

Most marketers agree that influencer marketing on social media will continue to grow in 2018. But, it has also become abundantly clear that consumers want authenticity, which would in turn breed trust.

This also means that brands would tend to move towards those influencers who have deep and niche expertise. An important trend would therefore be to hire the right influencer, who would help build a long-lasting relationship and get you the best ROI.

As for the power of influencers, do you know of a 6 year old named Ryan, who is estimated to have earned $11 million in 2017, promoting toys on YouTube. Ok, I’ll let that sink ink. Ryan receives all kinds of toys, plays with them and then offers his opinion on the YouTube channel for his 10 million+ followers. That’s the kind of big bucks some big influencers are making.

There is no doubt, influencers may have to be paid a lot, but for most brands, influencer-marketing has continued to be a big success. This is likely to grow further in 2018.

In 2017, the content shared by the users on social media was mostly in video format. While users prefer video over text, due to sheer volumes of videos they receive per day, they skip a video if they find first 5 seconds not interesting enough.

So, videos need to be crisp and engaging right from the start. Even though video is now the content of choice, you can’t just go out and make any video and expect to engage with your audience, regardless of whether it is relevant and interesting.

Apart from normal video, live video content will also grow going forward. According to Facebook, live videos receive 6 times the engagement that non-live videos do. Live streaming of videos is also an important trend for 2018.

As your target audience watches more live videos, it would engage with your brand even more. Live streaming is going to be seen a lot in 2018 and it will achieve significant organic reach. More brands are likely to use live streaming and may incorporate this into their content plans.

AR on mobile devices is getting popular by the day. AR is quick and highly interactive too. Snapchat has teamed up with bitmoji and its new AR feature allows users to project any image into the real world, through the app’s camera. Using a similar feature, a brand could project its product into the homes of its target audience by using special filters.

Ikea has already introduced a new AR app called “Place”, which enables users to view a furniture product inside their home, before buying. The new furniture can thus be matched to their home interiors, before they make the buying decision.

As more users take to AR, social media platforms will start introducing AR. Some of the mobiles like iPhone 8, iPhone X, and Google Pixel 2 have already incorporated AR with talking emojis and a few other features.

As for VR, Facebook has launched a project called “Spaces”, which allows Facebook friends to connect in virtual reality. Marketers are already looking at it with a lot of expectations and excitement. Facebook already owns Oculus, which makes VR software and headsets. So, leveraging this in-house technology makes perfect sense.

Spaces is likely to be released in 2018 and a number of brands would already be working around this innovation to improve engagement with their target audience.

Chatbots, the chatting robots if you like, have been making quite a splash in internet marketing in recent years. While some still find the idea of chatting with a virtual robot weird, the millennials have no such qualms and they think it gets their job done faster.

Starting with limited chat on the internet, chatbots have gone on to accomplish more complex tasks. In 2017, chatbots were widely used for customer service, to provide receipts and to make special offers as well.

Marketers have already realized that chatbot’s ability for one to one interaction with your customers or targets, has maximum potential for growth.

There are 100,000 active bots on Facebook Messenger. These bots gather info, provide product guidance and even take orders.

Going forward in 2018, bots are going to become smarter, as they are imbued with more AI, and have more human-like traits. Your bots could even have a customized voice, unique to your brand.Isn’t that cool?

Gartner predicts that even business content, disseminated through bots, could be machine generated and it may touch 20% in 2018.

The popularity ranking of social media platforms has been changing every few years. That shouldn’t be a surprise provided how dynamic Social Media as a platform is.

For instance, while in 2012 Facebook, Twitter and LinkedIn were the big three; in 2016 Twitter showed a remarkable decline and there was emergence of messaging apps like Snapchat and WhatsApp in social media marketing. Though Twitter has been growing again by bouncing back in 2017, by riding on the highs of political discussions across the world.

Facebook Messenger too has been lapped-up by users and a user base of over 4 billion is what various messaging apps command today. This is higher than the total number of social media users. Due to sheer number of users, it would safe to predict that Messaging apps will play a more significant role in social marketing in 2018.

Instagram has continued to find favor with marketers and is no longer the preserve of the fashionistas, foodies and travelers only. With its innovative features in video, it is set to be a marketers’ favorite in 2018.

Instagram “Stories” has also gained tremendous popularity, raking up 200 million users in 2017. This success story is likely to continue in 2018.

Marketing automation tools such as HootSuite, Quun, Buffer etc have continually been making it easier for marketing professionals to manage their social media accounts.

2017 saw emergence of a few higher-level automation tools such as Zapier, IFTTT etc; which enable websites, apps and system to talk to each other and share data. For instance, if you create a “Zap”, it will duplicate new WordPress posts into your Facebook post.

Artificial intelligence tools, which use machine learning algorithms, can help deliver content to specific target segments or even directly to individuals. Of course, AI needs to be supported with quality content.

It’s no secret that usage and application of the power of AI is likely to grow by leaps and bounds in 2018.

Social media has grown far beyond a platform that was created to exchange messages among friends. It has emerged as a leading marketing platform of tremendous significance.

How do you plan to harness the power the immensely growing power of Social Media?

How are you gearing up for learning Social Media?

How are you making yourself future-ready?

What trends are you watching out apart from the ones mentioned in this article?