Amazon is building an advertising behemoth — and it's coming for Facebook 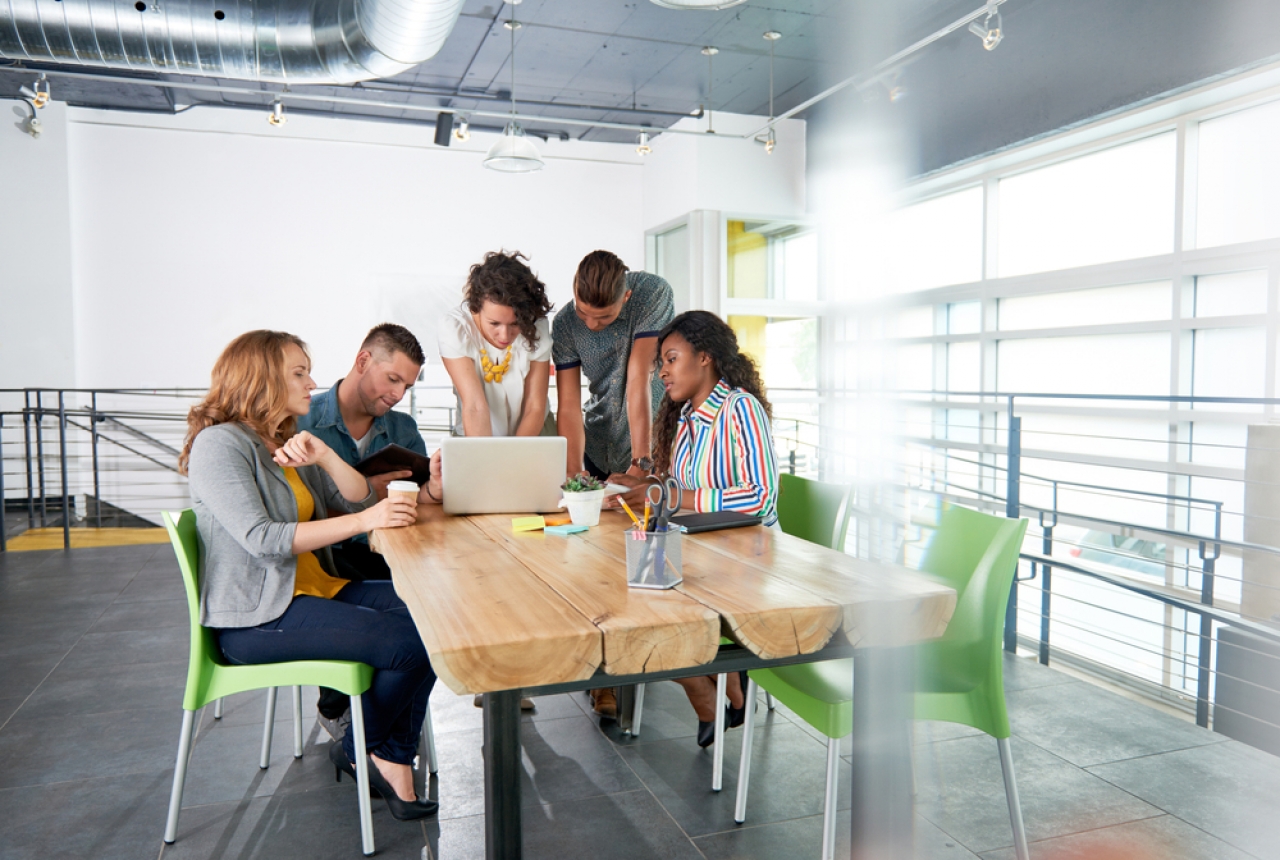 This is the first in a 10-part series publishing over the coming days that examines Amazon's booming advertising business: The people driving it, the ripple effects on other companies, and what's next.

Kiri Masters was an investment banker at JP Morgan Chase who left in 2015 to start Bobsled Marketing, an agency that helps brands scale Amazon. Seven years later, her 50-person company manages more than $20 million in e-commerce spending for more than 100 midsize brands. Bobsled was acquired by digital agency Acadia for an undisclosed amount in March.

It's a success story for Masters, but also Amazon. She's one of many entrepreneurs who's ridden an e-commerce ad wave driven by vendors for whom Amazon has become indispensable not only for selling their wares, but advertising them.

Amazon was once leery of advertising. Its founder and former CEO, Jeff Bezos, said in 2009 that "advertising is the price you pay for having an unremarkable product or service."

But by 2015, Amazon was offering ads that helped sellers promote their products in search results. When someone searches for toothpaste on Amazon, they're likely to see a Procter & Gamble or Unilever product advertised. Amazon's trove of customer shopping data also fuels ads on audio, video, and other publishers' websites.

Today, that advertising business is no longer simply a way to drive product sales on Amazon. It fuels its investments in other areas, like its quest for TV ad budgets, and burgeoning grocery store business. Amazon's ad business, which generated $31 billion in 2021, dwarfed Microsoft and Snap and ranked third behind Google and Facebook parent, Meta.

And with its ability to show ads to a receptive audience and unfettered access to people's shopping data, it may be just getting started.

"If Amazon advertising successfully transitions into CTV and in-store media, it will tap massive new pools of marketing spend, like linear TV and shopper marketing. That would put Amazon on a course to surpass Meta in US ad revenue over the next several years," said Andrew Lipsman, principal analyst at Insider Intelligence, which shares a parent with Insider.

Here's how Amazon's business exploded in recent years, and where it could go next.

Amazon launched its advertising business in a big way in 2017 when it opened up its advertising API, software that is used to automate ad buying, said Melissa Burdick, a former Amazon exec and cofounder and president of e-commerce adtech firm, Pacvue.

"That was the tipping point when they provided programmatic access to the platform," she said.

Amazon started by giving a few e-commerce agencies and adtech firms access to the API. There are now nearly 600 advertising partners in Amazon's advertising ecosystem, according to Amazon's directory of companies in the space.

"The reason why there's so many tools in this space is because of the complexity and how manual it is," Burdick said.

Brands that once avoided selling products and advertising on Amazon because it manufactured competing products had to start selling there quickly while building their own direct-to-consumer platforms, said Jessica Richards, the EVP and managing director of commerce for North America at Havas Market.

"The reality is, consumers are searching on Amazon to compare products, even if they plan to step into a store or order directly," she said.

One of the biggest factors that helped triple Amazon's ad revenue over three years was the sudden influx of advertisers like insurance providers, movie studios, and automakers that don't sell products on Amazon.

Amazon hired salespeople with advertising-heavy backgrounds like Ryan Mayward, who now leads Instacart's ad business, to warm up to big holding companies that spent hundreds of millions of dollars with Google and Meta. Amazon's pitch started shifting away from promoting specific products sold on Amazon and toward using its data to target and measure ads outside of Amazon. It also started building adtech products to place ads on publishers' websites.

The shift in messaging and products marked a change in how Amazon saw advertising as a chance to sell ads to nonendemic advertisers. The company revamped its sales structure in January under former Google ad executive Alan Moss to pitch advertisers bigger ad packages and to court large advertisers who are more interested in brand-building ads than direct response.

As part of its ambitions to grow advertising, Amazon also pitches a data clean room called Amazon Marketing Cloud. Advertisers who spend heavily on Amazon can use it to see things like who's clicking on ads and if they took an action after seeing an ad, like visiting a certain store or buying a certain item — data that's especially valuable in light of Apple and Google's privacy changes.

Now that advertisers are having challenges tracking their ads on Facebook and Google as cookie-based targeting gets phased out, they're shifting to Amazon, with its rich consumer data, said Travis Johnson, the global CEO of Amazon consultancy Podean. "Their tentacles to understanding consumer behavior is superior."

Amazon's ad ambitions don't end with digital. It plans to sell ads in Amazon Fresh stores as a way to boost their profitability — a lure to packaged goods that have long paid Walmart, Target, and other retailers for in-store ad campaigns that market to shoppers right in the grocery aisle.

TV, still the domain of big-brand budgets, is central to Amazon's advertising ambitions.

But its push for TV ad budgets will face its biggest test on Prime Video this fall. Prime Video is normally an ad-free environment, but Amazon will exclusively stream its biggest advertiser event to date this fall: the NFL's Thursday Night Football.

Amazon is pitching advertisers large ad packages across all Thursday Night Football games in the upcoming season, said Sam Bloom, CEO of Camelot Strategic Marketing & Media. And it's hiring aggressively to support the partnership, with about 175 NFL-related roles listed on its website in April.

Amazon's challenge is convincing advertisers who are used to cherry-picking games and who might have sticker shock over Amazon's pitch, Bloom said. Another media buyer told Insider that Amazon is pricing Thursday Night Football games higher than traditional TV. If a CPM, or cost of advertising to 1,000 people, on linear TV is $40, the CPM for Amazon's Thursday Night Football games is being sold around $50. Amazon declined to comment on ad pricing.

But Amazon does have measurement and identity tools coveted by TV advertisers that show if people who saw an ad bought the advertised product, Bloom said.

"Amazon has all the components for agencies to give clients clear solutions that show the efficacy of exposure to sales," he said.

Beyond the NFL partnership, Bloom said that he sees potential with Amazon's broader video advertising products including Twitch, Freevee, and Fire TV apps. He said that the size of Amazon's video properties and data makes it compelling for advertisers.

But he questioned whether Amazon will keep its connected TV ecosystem open for third parties or create walled gardens that limit the campaign data advertisers get, which could turn off advertisers.

"It's an existential question for Amazon," he said.

The bulk of Amazon's ad revenue still comes from search advertising. Amazon has to balance its push for brand advertising with new challenges popping up for direct-response advertisers.

More direct-response advertisers have flooded Amazon's search products over the past year, causing ad prices to go up significantly. The average cost per click of Amazon's core ad product — sponsored products that appear in search results — increased 29% year-over-year in March 2022, according to data from Amazon adtech firm Perpetua.

If prices keep going up, it could turn off Amazon's core advertisers.

"The Amazon seller is one of the most discerning when it comes to cost," Eitan Reshef, the CEO of agency Blue Wheel, said.

Amazon is also facing growing competition from retailers like Walmart, Instacart, and Target that are trying to copy its success with advertising. Walmart's ad business soared 130% in 2021 to $2.1 billion, and with its huge, brick-and-mortar store space in which to sell ads, there's more room for growth.

But Amazon is also under pressure from lawmakers who have accused it, along with other tech giants, of anticompetitive practices. The question with Amazon is whether it uses sellers' data to inform its own private-label products, a practice Amazon has repeatedly denied.

But with Amazon already grabbing ad dollars from Google and Meta, its advantages in data and untapped opportunity to sell ads in audio, in stores, and overseas, advertisers aren't counting it out.

Todd Hassenfelt, the e-commerce director of growth strategy and planning at Colgate-Palmolive, is a longtime Amazon advertiser who's watched the platform closely. He's seen firsthand its pitch evolve from promoting awareness ads to making moves to tie its Alexa smart speakers, Fire TV, and even Whole Foods stores to an endless potential to personalize ads and track them to sales results. It's a compelling pitch that challenges brands to rethink their ad-investment strategies: "The FOMO piece is big."