How Leaders Can Discuss Race in the Workplace 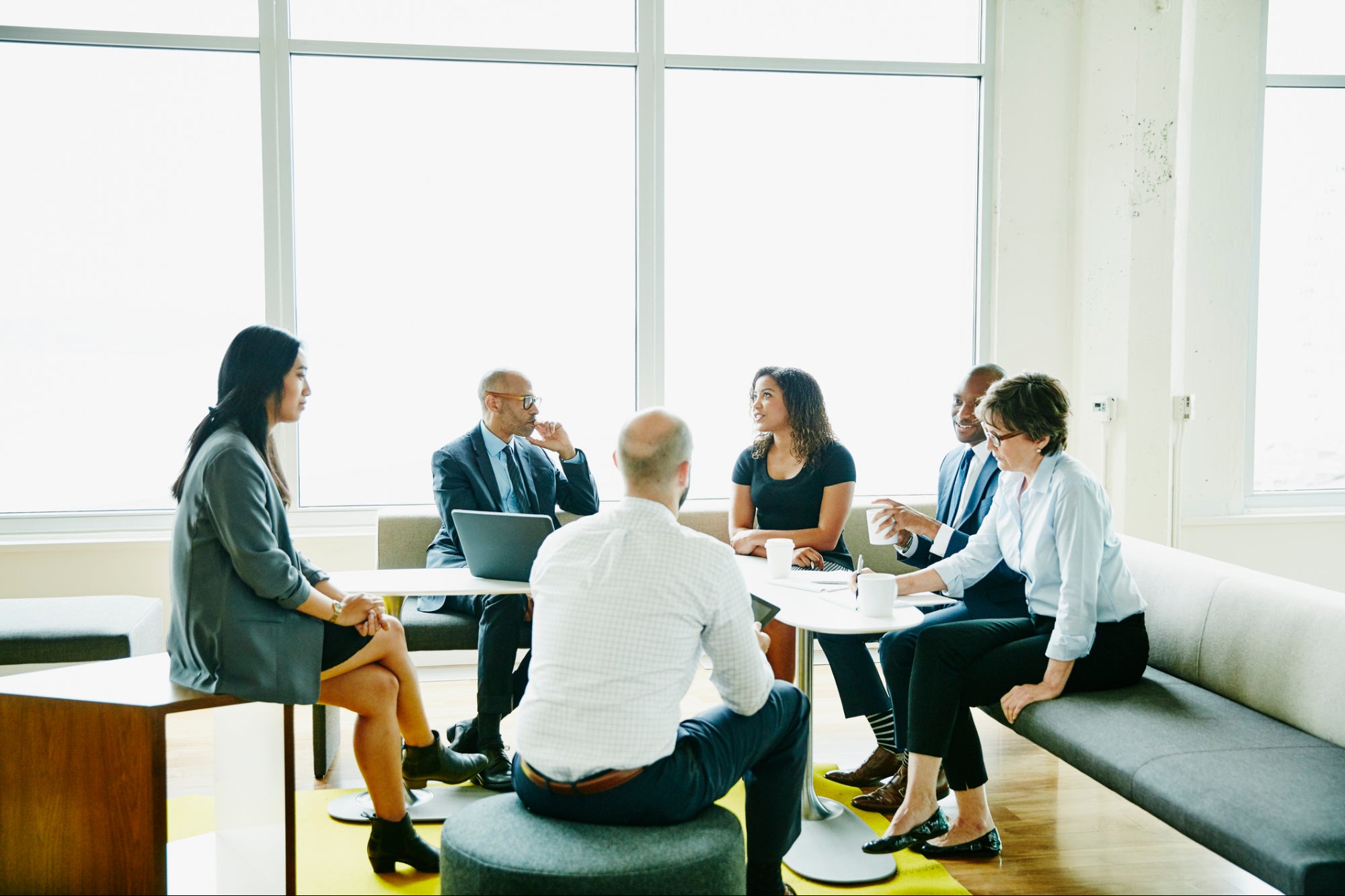 It was generally accepted that taboo topics like politics, religion and race were never to be discussed in the workplace — and for good reason. They are controversial issues that could create tensions and a toxic workplace.  At the same time, it’s come to a point where businesses need to talk about race. Discussions about race are not about jumping onto a trend or capitalizing on a moment. It’s just the right thing to do for your team and community.

The conversation may die down as the , or "bosses" walk by — so you may as well dive in and do what you can to make it clear. You won't tolerate disrespect to anyone in your company for any reason.

It's like Derek Andersen at Startup Grind said on Twitter, "We can get humans into outer space, but we can't treat each other with dignity and equality? 'Love you neighbor as yourself' doesn't have skin color." Derek also got out in front of his people immediately and said, "We strongly oppose racial injustice."

The point? As leaders, we have to say something. If you say nothing, whoever you are talking with thinks you agree with them.

Speak up. Here are six techniques to keep in mind.

If you and your business feel ready to engage in conversation regarding race, Dwight Smith writes on Net Impact that it will be more meaningful if you first take the following steps:

Related: Here Are 4 Ways to Develop a Culture of Respect and Trust

Expanding from the last point — embracing the discomfort of not knowing — you should make time in your schedule to educate yourself. An excellent resource would be The National Museum of African American History and Culture.

In June 2020 the NMAAHC released the web portal Talking About Race. It provides free educational resources and tools from scholars, activists, historians, and more to help teach everyone how to have conversations regarding race and racism.

You could also prioritize time with each individual on your team — it’s a simple way to foster a more collaborative and positive environment that helps build trust. This can then help make these types of uncomfortable talks a little easier.

Moreover, when you get to know your team members better, you’re able to check in on them, and eventually, you’ll be able to at least somewhat develop more empathy.

“Formal conversations about racial justice are a lot more likely to be productive if they have a clearly defined purpose,” writes Sarah Todd for Quartz. “The goal might be, for example, to invite employees to share their personal experiences and anecdotes about how bias manifests at their organization, or to revisit hiring procedures in order to weed out practices that invite or perpetuate bias.”

Whatever goal you decide on, it should focus on racial-justice issues within your company. It's easy to look outward, lamenting racial injustice broadly without addressing the issues within your own company, which might include hiring practices or company culture.

“Many people may want to discuss what’s going on, so create an environment where all employees can have a safe and comfortable conversation about race,” states Lily Zheng, a diversity, equity and inclusion consultant. “That might mean having an open discussion in a large group, or having individual ones with each team member.”

As a leader or manager, Zheng says it’s not just your job to lead these conversations, but to participate in them and be vulnerable. That way you can share things you've been struggling with and prove these topics matter to you, too.

That said, if anyone does not want to speak or share their experiences, please don’t force them.

“Many managers feel ill-equipped to offer sage advice on ‘what to do’ when it comes to diversity and inclusion (D and I) in their organizations,” writes Wharton management professor Stephanie Creary. “As a result, D and I initiatives often never make it past the C-suite.” To address this, Creary has developed the “RACE” framework.

While developed for educators to lead conversations about race in the academic setting, you can also implement this in the workplace as well.

Like the Dalai Lama said, “When you talk, you are only repeating what you already know. But if you listen, you may learn something new.”

The most important thing you can do is actively listen to your team members. Don’t interrupt them or defend yourself. Instead, let them discuss current events, how they feeling during this moment, or the stance that your business is taking. And, if they’re willing, encourage them to share their own experiences and how you can help.

“People enjoy having conversations about their heritage and their cultures,” explains Kezia Charles, FSA, Director at Willis Towers Watson. “Employees who feel more connected at work also feel a higher level of dignity, which is an important driver in employee wellbeing and productivity and the company’s overall business performance.”

Related: How Should You Be Talking With Employees About Racism?