The 9 Most Inspiring Influencer Marketing Campaigns of All Time 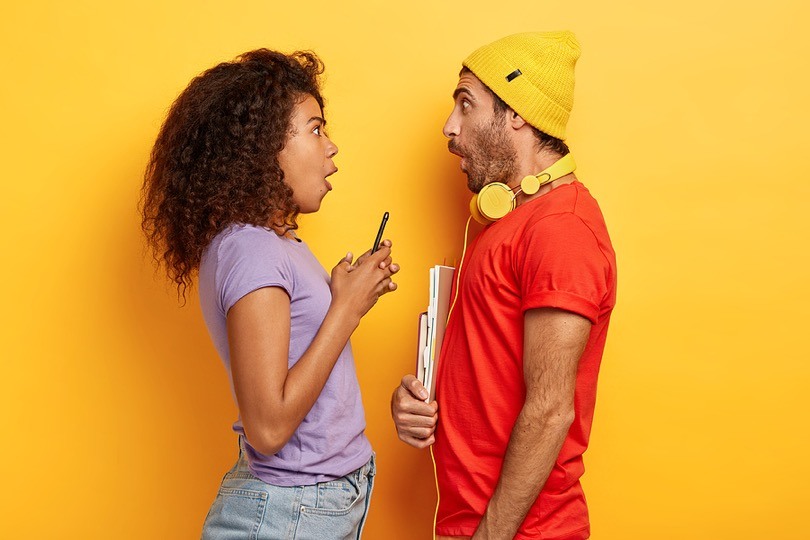 Influencer marketing is a marketing strategy that involves collaborating with an influencer – someone who has established a strong personal brand and built a loyal online audience or following – to market a product, service, or brand to the influencer’s followers.

If you want to implement an influencer marketing strategy for your business and are looking for some inspiration, we have compiled a list of the 9 most inspiring influencer campaigns of all time. Let’s dive in.

Back in 2018, renowned hotel chain, the Hilton was looking for a way to showcase their locations around the world. They came up with a campaign dubbed “Seven Urban Wonders of the World.”

In the campaign, the Hilton partnered with several travel influencers to bring attention to its hotels in the following seven locations:

Hilton’s requirements for the campaign were quite simple. The influencers were asked to travel to these destinations and show amazing food joints and other great attractions that were within walking distance of a Hilton hotel, and encourage their followers to do the same.

Content created for the campaign, both by the influencers, as well as their followers, was tagged under two hashtags – #SevenUrbanWonders and #RightHere. Users were also encouraged to tag Hilton Hotels in their content.

Below is a post from one of the travel influencers that partnered with Hilton.

This relatively simple concept turned out to be a huge success for Hilton. Over the course of the campaign, Hilton received over 110,000 brand likes, over 1,800 positive comments about the brand, and an average engagement rate of 4.62%.

Following the launch of the Series 1 Sedan, BMW wanted to attract a younger demographic to the new car, and they decided the best platform for doing that was TikTok.

BMW’s campaign was another huge success. The video posted by Falco Punch, one of the influencers, attracted over 243,000 likes on Tiktok, while the #The1Challenge hashtag garnered over 6 million views.

The success of this campaign can be attributed to BMW’s good knowledge of their target market for that campaign. BMW knew the specific demographic they were trying to reach, where to find them, and most importantly, the best influencers to work with for that target market.

Do influencers have to be human? It turns out being human is not a requirement. In a 2016 influencer marketing campaign, Mercedes Benz partnered with Loki the Wolf Dog, a wolf-like hound that has over 2 million followers on Instagram.

In this impressive Instagram marketing campaign, Mercedes wanted to show its followers the world through the eyes of the wolf-dog riding inside a Mercedes. Mercedes gave Kelly Lund, Loki’s owner, a 2017 Mercedes GLS fitted with 3D cameras facing outside and inside the car.

The idea was simple. Loki and Kelly were to travel across the North American wilderness, with the cameras showing the experience from Loki’s point of view. Mercedes also got other influential Instagram photographers to capture more photos and videos of the experience. Below is one of the posts from the campaign.

Mercedes’ partnership with Loki turned out to be bigger than they expected, even exceeding Mercedes’ marketing KPIs for the campaign.

The Instagram account created for the campaign attracted over 173 million views, while content from the campaign received over 2.3 million engagements. Mercedes also attracted earned media worth about $4 million.

Coca-Cola is a global company that is well known for its brave and creative marketing stunts, and therefore, it is no surprise that they made it to the list.

Coca-Cola created the #ThisOnesFor campaign in a bid to make Coke more popular in the Western Europe region. The campaign was run majorly on Instagram.

In this campaign, Coca-Cola partnered with 14 influencers, 8 with less than 100k followers, and 6 with over 100k followers. The idea behind the campaign was to have the influencers showcase the beverage, saying who they would share a Coke with, hence the #ThisOnesFor hashtag.

Below is a post from Emily Canham, one of the influencers honoring the friend she wanted to share a Coke with.

During the campaign, a total of 22 sponsored posts were created, all of them using the #ThisOnesFor hashtag and tagging the @Cocacolaeu Instagram handle. Over the period that the campaign ran, the sponsored posts attracted over 1,600 comments and 173,000 likes.

Would you watch someone doing nothing else but just sipping whisky for three-quarters of an hour? It turns out, a lot of people would.

Alcoholic beverage company Diageo wanted to make one of their alcohol beverage brands, Lagavulin, more popular to a younger audience, and so they decided to use a channel that would be relevant to this demographic –YouTube.

Diageo partnered with actor Nick Offerman to create a very simple piece of marketing content. They filmed Offerman sitting on a chair looking at the camera for 45 minutes, occasionally sipping on the Lagavulin Scotch whisky, while a fire burned behind him.

Despite the simplicity of the video, which was shared on YouTube, it went insanely viral – probably more viral than Diageo had anticipated.

Within a week of being published, the video had attracted over 2 million views, while the brand’s YouTube channel gained about 17,000 new subscribers within a week. Not surprisingly, the video won the Best Influencer Marketing Campaign at the Shorty Awards.

Nike is another company that is well known for its off-the-charts marketing campaigns. To market its 2017 Air Vapormax shoes, Nike partnered with “What’s Inside?”

What’s Inside is a YouTube channel that was created by Dan Markham and his son Lincoln. The channel, which has over 7 million subscribers, is known for cutting things in half to find out what’s inside. They’ve cut lots of things in half, from soccer balls and car engines to diamond ore, a giant hornet’s nest, a rattle snake’s rattle, and even YouTube’s gold play button.

In the partnership between Nike and What’s Inside, the dad and son duo shot seven videos to showcase their visit to Nike’s headquarters. In one of the videos, the two cut the shoe being promoted – the 2017 Nike Air Vapormax – in half to show their viewers what’s inside the shoe.

At the time of writing this article, the video where they cut the Nike Air Vapormax in half had been viewed over 7 million times.

Hotels.com wanted an influencer campaign that would cement its position as the best brand for finding great accommodation in exciting locations. There was one problem, however, Hotels.com did not want to partner with regular travel influencers.

After doing market research to fully understand Hotels.com’s audience, they divided the audience into two key audience personas – those who loved arts and culture and those who loved the pet lifestyle. They then set out to find non-travel influencers who would resonate with the two audience segments.

They eventually settled on ‘Accidentally Wes Anderson’, who shares colorful and symmetrical photos from all over the world, and Dolly Pawton, a diva Chihuahua with an amazing fashion sense.

Over the course of the campaign, which lasted two weeks, Accidentally Wes Anderson and Dolly Pawton created a total of 90 Instagram posts andInstagram stories. Accidentally Wes Anderson showcased different locations in the world, using Hotels.com’s network of hotels to find accommodation in the cities he visited. Dolly Pawton, on the other hand, showcased pet-friendly accommodation in New York.

Here’s one of the posts published by Dolly Pawton during the campaign.

Despite being a very unconventional influencer marketing campaign, this campaign achieved big results. Over the course of two weeks, the Instagram posts created by the two influencers attracted over 4.1 million organic impressions.

This campaign was so successful that it won a gold medal at the 2020 Influencer Marketing Awards.

The Under The Radar FC campaign was created by Sportswear maker PUMA in the company’s bid to market itself to a target market of football-obsessed teens. In the campaign, PUMA formed a YouTube football team, Under The Radar FC, composed of YouTube influencer Manny, and other YouTube creators.

Over the course of the campaign, video content was shared on Manny’s YouTube channel and his othersocial media platforms, giving audiences a behind-the-scenes peek into the game of football. Through the content, PUMA also managed to subtly market its sports apparel.

By the end of the campaign, the content shared on Manny’s social platforms had attracted over 11 million views and half a million engagements. Manny’s online following also grew by 175,000 during the campaign period.

After introducing a new offering that made it easy for people to switch to electric vehicles, EDF Energy realized that sign-ups remained low due to customer concerns and myths about electric vehicles. EDF Energy needed a campaign to help dispel these myths and boost sign-ups for their offering.

With this in mind, EDF Energy partnered with 6 influencers from different niches – tech, travel, lifestyle, family, and so on. The selection of these influencers was aligned with the customer segments that EDF Energy wanted to target. In the campaign, EDF Energy invited the influencers to travel across the country in electric vehicles.

Throughout the journey, the influencers took photos and videos and shared them with their respective followers, with the aim of demonstrating how easy and convenient it is to drive across long distances using an electric vehicle.

In addition to sharing the content on their social handles, the campaign was also supported by a search engine optimization campaign and blog articles.

By the end of the campaign, the six influencers had created 59 pieces of content, which gave the campaign a reach of over 1 million people and created lots of customer engagement. The SEO part of the campaign also drove 550,000 non-brand keyword impressions.

This campaign was so good that it received nominations for 5 marketing awards, winning one of them and ending up as a finalist in 3 others.

Influencer marketing is one of the most effective types of marketing, and if you haven’t tried it yet, you need to make it part of your digital marketing strategy in 2021.

Guest author: Martin Luenendonk is a 3x serial entrepreneur with a deep passion for digital business models and digital marketing.