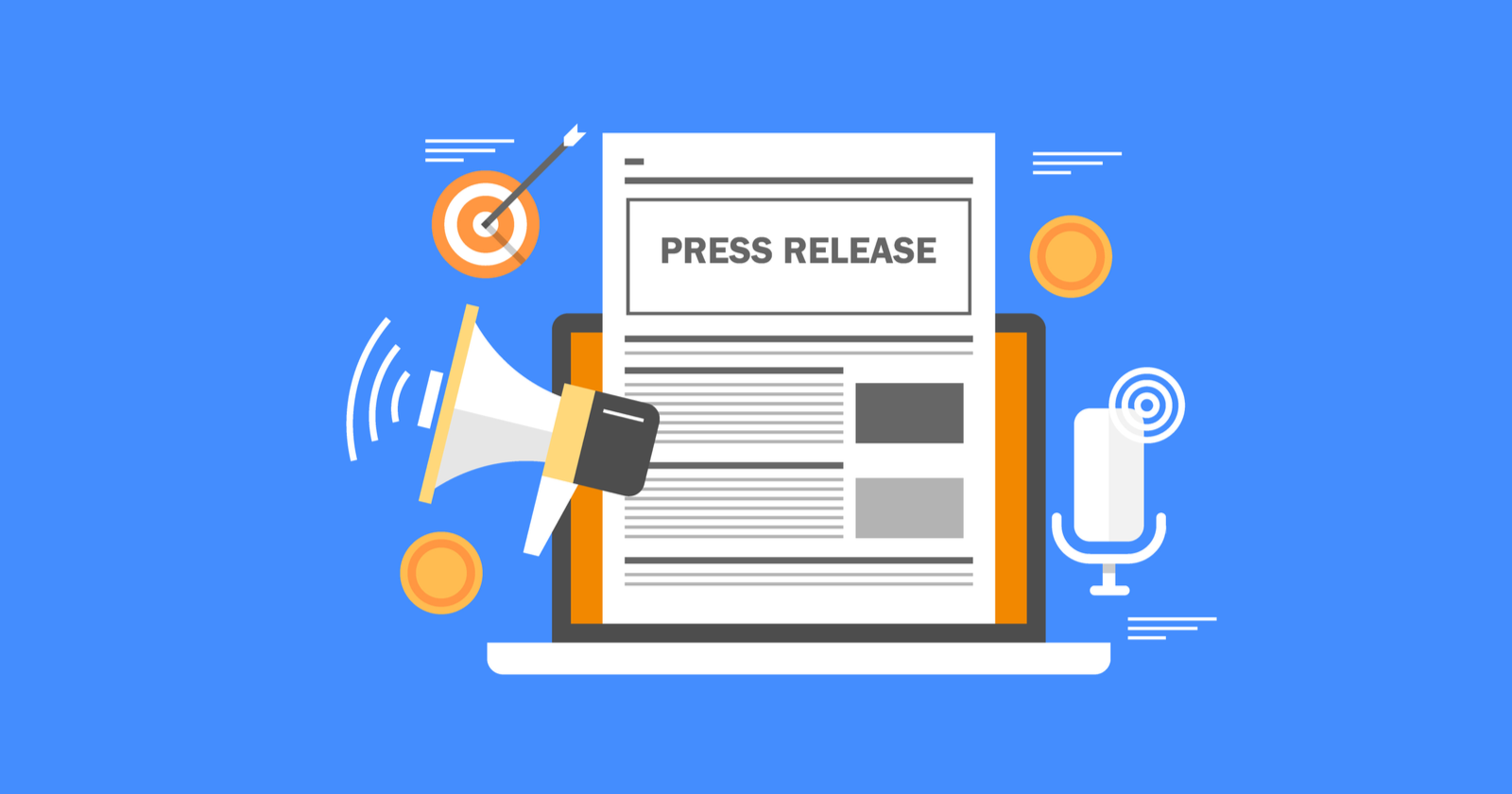 And is it a good idea to pay for press release distribution services?

Like a ton of other big SEO questions, this doesn’t come with an easy answer.

To understand press releases – and find out whether you should bother with them – let’s dig into the history of the press release.

Let’s see how it has been overused (if not abused) for SEO purposes, and the correct methods on what you can do to use it effectively today.

Any dictionary will tell you that a press release is an official statement giving information to journalists about a noteworthy event.

The purpose of a press release is to inform journalists about this event, with the hope it will be featured on a reputable news platform.

Here’s an example of a successful press release from Apple.

As technology caught up, companies gained a new reason to send press releases.

That is to gain links from reputable news sites.

Like everything used to boost SEO success, press release links started out well.

And then came the abuse.

Even on non-relevant events like hiring new employees or changing the color of their carpet. (True story. I seriously saw this one!)

All the spam led Google to notice and start penalizing sites that carried these links.

So yes, you can still get links from press releases.

But since they’ll be nofollow links, they won’t do anything to boost your SEO.

Here’s what Google’s John Mueller said about it.

“So we try to ignore links from things like press releases because we know in general companies put the press releases out themselves. So any links in there are essentially placed by themselves. But if these links happen and they’re out there it’s not something you need to worry about because you can’t really take them all back. I just wouldn’t rely on kind of press releases as a strategy for building up links for a website because like I said we do ignore most of those.”

In fact, there’s a ton of successful press release examples to inspire you (we’ll get to those in a bit).

However, the more important consideration is why you’re sending a press release.

If yes, go ahead and write that press release!

But if you’re doing it to gain links for your new site, stop right now.

Even if the “newswire” does link to you, the link will do nothing to help you on Google’s SERPs.

Actually, press releases can be used to boost SEO.

But not in the way you think.

For example, you get featured on a news site and you attract people’s interest.

They flock to your site, boosting your traffic.

If they love your site, they’ll stay and click through to different pages.

If your content is amazing, they’ll share it on social media or link to it on their own sites, gaining you (you guessed it!) quality links.

And these will boost your SEO.

A ton of traffic and backlinks from new fans?

That’s how to “optimize” a press release for SEO.

No, changing the color of your carpet doesn’t count.

But “newsworthy” doesn’t necessarily have to mean “huge.”

You can simply host an event.

Or you can do a study on something your audience cares about.

You can also tweak a product or service to make it better.

Once you’ve decided on your newsworthy event, make sure to overdeliver.

Give it your all.

Start off with an attention-grabbing title your audience will care about.

Make sure your press release is short and reads like a newspaper article.

Journalists will want to copy and paste directly from it when writing their story.

Important tips to keep in mind when writing your press release:

Whatever you do, don’t spam a hundred journalists hoping that one of them will write about you.

Do your research first.

For instance, you just did a study that revealed 56% of women are unhappy about their bodies.

Instead of distributing your press release to anyone whose email address you can dig up, find someone who writes in a related field.

Using a tool like BuzzSumo is a great way to get this information.

Ready to write your own press releases?

Check out these three examples for inspiration.

Petco’s event press release was so successful, a number of journalists picked it up and wrote stories on it.

Peapod’s press release was picked up by several noteworthy news sites, one of which was NBC Chicago.

This press release was also written about by reputable news sites like Surfer.

I know, it can get confusing.

Do press releases work for SEO or not?

The answer is yes and no.

If you’re contacting the right people with interesting press releases their audience will love, hoping to gain a ton of traffic, new fans, and followed links from your new audience?

Press releases can work for SEO, but only when done with the right intentions in the right way.

All screenshots taken by the author, September 2020.