Why Does Multi-Level Marketing See Millennials as Easy Pickings? 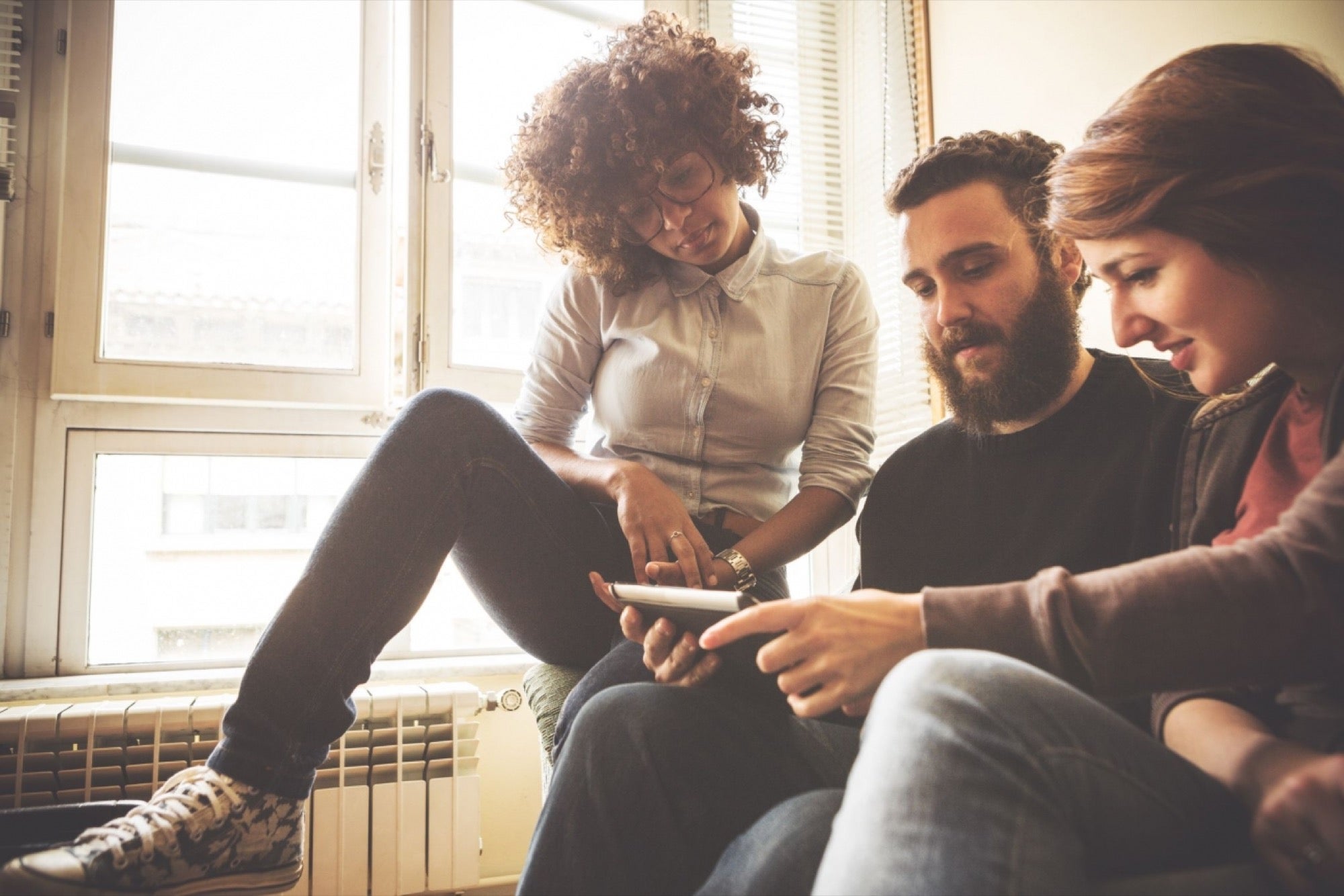 Two days ago, something weird happened to me. I was mistaken for a millennial. It’s not the first time that someone has thought I was younger than my chronological age, despite my grey hair, paunch, and irascibility. But this time the person mistook me for a millennial because of my writing. Never mind the current enthusiasm for millennial bashing: I considered it a compliment. Millennial bashing is what Alex from A Clockwork Orangedescribes as “old age having a go at youth,” occasional barbs that may be hurtful to those delicate flowers who are cut too close to the quick, but that are for the most part harmless…until now.

The errant document was an email. In it, I was given the full court press by someone trying to rope me into the multi-level marketing dystopia. It went on and on about how I, as a millennial, could get rich quick without really working all that hard. I just needed to get other people to work hard for me.

Now, I have a long history of really unskilled con artists trying to rope me into what’s now being branded as "social selling." I remember years ago a nice but dim bulb (it seems the smarter you get the meaner you get) approached me at work. One morning, out of the clear blue, this coworker said, “I like to help people make money.” Without thinking I fired back, “Then why don’t you help yourself make money? You have four kids, a wife who is a stay-at-home mom and a job that pays less than an unreliable paperboy. You need money more than I do.”

Related: John Oliver: Multilevel Marketing Is Not a Good Path to Entrepreneurship

I am not paranoid, but I was born with a healthy skepticism. Even as a child I grilled my parents about Santa Claus and the Easter Bunny; I needed to know what exactly was in it for them. (As an adult, when my daughter asked me what the Tooth Faerie did with the teeth, I told her he sold them to a tooth broker who sold them to a guy in Hong Kong who forced little children to make jewelry out of them. If you’re going to lie, especially to children, you ought construct an elaborate backstory that paints a rich if unlikely tapestry of characters and detail.) So, it is through that lens of skepticism that I view all “social marketing.”

The email targeted millennials, who it described as loving the hustle. By that I assume the author meant the fast pace of the modern world, not the 1970’s disco move that is making a half-hearted comeback and must be eradicated at all costs. The missive went on to justify social selling to millennials, because “full-time jobs are no longer enough for this ambitious generation, as millennials diversify their income with side gigs like social selling --"

First of all, full-time jobs are no longer enough for most people starting out, not because they aren’t intellectually challenging or fulfilling, but because they practically pay in magic beans. The benefits (sic) can barely be construed as benefiting anyone, except greedy business owners, and the 40-hour work week ceased to exist in the 1980’s. So now, besides being paid less, full-time employees work longer, get less paid time off, and have to pay more out of pocket to access their benefits. Let's cut the crap and call it like it is -- young people aren’t getting their basic human needs met by a lot of full-time jobs and must take on extra work just to make ends meet.

Next, I’m not sure it’s fair to categorize all millennials as ambitious. I have met some who by age 30 have a solid stock portfolio, hold interests in cool businesses like microbreweries or performance venues, and are driven to succeed. I anxiously await the day when they wrest power from the decrepit rulers of this country and set us on a course correction. But I have also have met people of the same age with the ambition of a slug, who behave like spoilt, entitled, attention-seeking bags of puke. I, for my part, was in the latter category at their age.

No one has ever described me as ambitious. Although by all outward appearances, my teen years led some people to the erroneous conclusion that I was a go-getter. However, I must say that I never felt entitled, specifically owing to my parents actually saying, “You aren’t entitled to anything.” While some fathers imparted the wisdom they had acquired over decades, talks with my dad usually focused on the mono-theme of how I needed to, Get off my lazy(let’s say rump). Stop sleeping to 1:00 p.m. and get a job. Of my six siblings and me, I was the only one, who as a teen, my parents had serious doubts would ever make a living doing anything.

Despite all the doubting, I was working three and sometime four jobs at a time. Why? Well it wasn’t because I was ambitious: I was required to pay my own way through parochial school, buy my own clothes, and pay for whatever food I ate outside of the house. Was I ambitious? Heck no. I just liked having money much more than not having money. To make that happen, I had to do more than work at my full-time, poverty-level-wage-paying job. Car repairs, gas, insurance, and beer all cost money, so I hustled. For the record, I never enjoyed the hustle. But, as one friend observed, “You are never going to find a job petting a millionaire’s dog and watching his TV,” and at least so far, he has been right.

It was the line, “as millennials diversify their income with side gigs like social selling,” that actually made me laugh out loud. It as though Marie Antoinette, when told the peasants had no bread, had spun it, “The peasants are more health conscious than ever before and are recognizing that too high a percentage of bread in their diets just isn’t good for them. They are losing weight, and we have all but eradicated obesity among the poor.” While true and in French, Marie’s take would conveniently ignore the larger problem.

Multi-tiered marketing is right for some people. A sociopathic slime ball from my high school class purportedly makes a tidy sum (of course the sole source of this information is his incessant bragging), and I know a handful of people who successfully dabble in multi-tiered marketing. In fact, my sister actively sought out a product she was having trouble finding and became a distributor. She never bothered bugging her family and friends about becoming part of her down-line, she just wanted to buy the product. I bought from her regularly.

My ex-wife (rest her soul) sold Tupperware, and I have the largest private collection of Tupperware in the world. I love Tupperware and will smack a stranger in their filthy maw should they disparage it. So I wouldn’t say I am against social selling per se, but I am alarmed that the predators in these companies, promising big payoffs to young entrepreneurs, aren’t telling millennials that the only way to make real money is to build a network below them. Doing that takes a certain amount of moral ambiguity.

So despite my rambling preamble, here is what young entrepreneurs need to know about social selling:

Now, having said all this, let me just head off the angry emails from the predators claiming to be legitimately helping ambitious, hustle-loving go-getters. I know that there are many, many people who have become wildly successful in social selling. One need only look at the income statements of the multi-tiered marketing giants to understand that a lot of people make a lot of money doing this. So, in many respects it’s like real estate, insurance, or any commissioned sales job, you control how successful you are. Then what’s the difference? Full disclosure. The real estate and insurance industries have far more successful entrepreneurs who do in fact use social selling to be successful. Word of mouth can mean the difference between becoming a millionaire and a broke, washed-up salesperson. But realtors aren’t fed a pack of lies when they are recruited. Yes, they are told that they can make millions if they work hard, but generally they are told just how hard it is that they will have to work, and they aren’t generally fed a line of bull how they will get rich overnight. Too many of the more predatory multi-tiered marketing companies (and certainly not all of them are that) appear to be misrepresenting the likelihood of success, not unlike the sleazy agent who promises the naïve young starlet she will be a leading lady when he secretly plans to move her into porn.

So listen up millennials: the birds of prey are circling; they mistake your desperation to survive with stupidity, and they take you for easy pickings. Prove them wrong. Do it for me.