Is This The Downfall Of Meta And Social Media As We Know It? 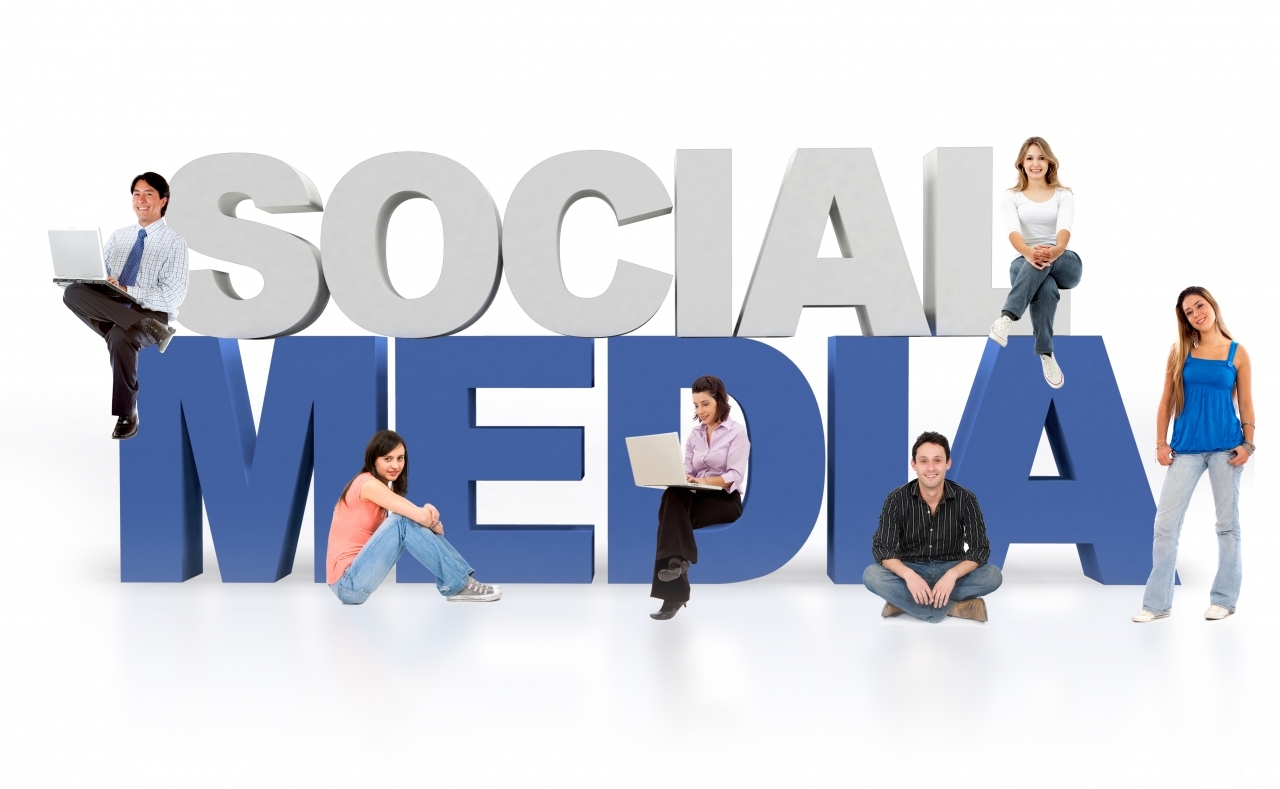 Last week, Meta Platforms – the company formerly known as Facebook – announced that it was cutting its workforce by 13 percent – equating to a loss of 11,000 jobs. This, according to founder and CEO Mark Zuckerberg – is due to a combination of slowing user growth thanks to competition and declining ad revenue in the face of a global economic downturn.

Just a few years ago – although it might feel to many of us like another lifetime – the picture was very different. Shortly before the start of the global Covid-19 pandemic, the company was riding a wave of success that had seen it consistently add at least one hundred million active users every year. Over the course of 2020 alone, as the world settled into lockdown and online activity of all kinds surged, it would add another 300 million.

This is the point at which Zuckerberg took a gamble that has yet to pay off – and that many blame for the problems he’s facing now. He decided that this huge growth in the amount of time we spent online would never slow down, instead becoming a catalyst for further growth that would continue throughout the new decade. As it turned out, this wasn’t exactly the way it would play out – for Facebook, at least. In the last 12 months, growth slowed significantly, with the social network adding a little under 50 million active users.

For a smaller company, this would still be seen as phenomenal growth. But for a man who told Time magazine back in 2014 that his goal was to connect every human on the planet, it’s a worrying and significant downturn. Evidently, it’s also worrying for his shareholders and investors - the company is currently said to be valued at its lowest level since 2017, reportedly having lost close to $700 billion in value. That’s around 67% of the $1 trillion it was said to be worth at its peak in 2021.

So is this dramatic downturn in fortune due to changing macroeconomics, bad bets by its leadership, the emergence of more youthful challengers such as TikTok, some combination of all of these – or something else entirely? Let’s take a look at how all of these factors are affecting a company that famously started in a college dorm, went on to change the face of the internet, and is now part way through an even more ambitious transformation aimed at changing the way we live our lives entirely.

How have we got here?

For all of its explosive success, Facebook (and now Meta) has certainly created its fair share of controversies over its almost twenty years of existence. It wasn’t, by any means, the first social network to exist – Friends Reunited, MySpace, LinkedIn, and Hi5 all predated it. But it outgrew all of those by positioning itself as a mainstream communication offering – as ubiquitous as telephone or email – rather than a service for a niche audience, such as youngsters, professionals, or music lovers. Facebook became the world's most popular (by far) social network because grandparents understood it and used it to coo over pictures of babies, as much as musicians used it to publicize gigs, or college kids used it to build connections with new friends they’d met on a night out.

During its first decade, Facebook grew from a website accessible only by students at a handful of US colleges to a network of 1.4 billion users. Along the road, it transformed socializing from something that’s mostly done interpersonally, between relatively small groups of people, into something done electronically, at a global scale.

Controversy thrived almost from the start, though. Anyone who has seen the movie The Social Network knows about the allegations that Zuckerberg stole the concept behind the site from fellow Harvard students. That matter was eventually settled in court, and although the exact terms were not made public, it’s been reported that Facebook paid claimants in the region of $65 million.

The company also has a poor track record when it comes to treating the personal data people share on the platform with the respect it deserves, which prompted various lawsuits and fines. Back in 2013, Austrian privacy activist Max Schrems successfully sued Facebook over data privacy breaches. In 2018, the Cambridge Analytica scandal broke, accusing Facebook of selling the private information of tens of millions of Americans without their knowledge – leading to a record-breaking $5 billion fine in 2019. More recently, the company was sued for creating and storing face-recognition profiles of millions of users without their permission, leading to a $650 million settlement in 2021.

However, the most recent controversies surrounding the company have stemmed from its enthusiastic, seemingly all-or-nothing bet on the much-hyped concept of the metaverse.

The first seeds of Zuckerberg’s infatuation with the metaverse were sown with Facebook’s acquisition of virtual reality (VR) headset manufacturer Oculus back in 2013. Eight years later, he was ready to unveil his grand scheme in detail. The general idea – creating a "next-generation" of his world-conquering social platform in VR - didn’t come as a complete surprise. Speculators had been suggesting it was a strong possibility since the Oculus acquisition. In many ways, "Facebook but in VR" seemed a natural next step for the world's dominant social network. On the other hand, it’s fair to say that rebranding the entire company as Meta was a step further than many had expected.

After all, having defined – if not invented – the shape of web2.0, the “user-generated web” with Facebook, it doesn’t seem entirely out-of-the-question that he, and his company, have a shot at defining the next iteration – web3.0, or web3, or the metaverse, or whatever ultimately arbitrary label we end up applying to it.

Zuckerberg does not seem to be deterred by the fact that there currently seems to be limited enthusiasm amongst the general public for his plans, despite the $36 billion he has reportedly spent attempting to make it happen. Recently released statistics suggest that less than half of the 500,000 users that were expected to have signed up by now have done so. One report late in 2022 has found that this isn’t simply a case of slow growth as experienced by Facebook itself. Rather, it’s actually becoming less popular – with monthly active users of Meta’s Horizon Worlds having declined from around 300,000 to 200,000 over the course of the year.

Many who have joined have not stuck around for long, apparently put off by factors ranging from the primitive graphical environment to reports of sexually harassing behavior among users. It was even reported that executives at the company have been chiding their employees due to the fact that even they are not interested in using the virtual world they’ve built.

Other setbacks include the huge growth in popularity of TikTok, which now takes up much of the audience attention that Facebook relied on, as well as changes to Apple’s privacy policies which limit the way Facebook advertisers can track the activities of iPhone users.

At the center of this whirlwind of runaway success, controversy, and calamitous collapse, is Zuckerberg himself. His refusal to back down or even tone down his metaverse ambitions has been cited as a reason he has reportedly lost $88 billion of his $125 billion fortune over the last year. Although not generally seen as so demanding of his employees or as Machiavellian towards his rivals as some of his billionaire-founder peers, it’s often suggested that he suffers from something of a likeability problem. When he has made public statements, commentators have often pointed out that he doesn’t necessarily come across as authentic and sincere in his delivery. Or rather, he gives the impression that he is trying very hard to come over as authentic and sincere, therefore giving the impression that authenticity and sincerity – or perhaps, simply speaking from the heart as a human being - do not come naturally to him.

Where do Meta and Mark Zuckerberg go from here?

So, could we be witnessing the death of Facebook? Or, even more dramatically, as some have suggested, the death of social media itself? Parallels have inevitably been drawn with current goings-on at rival network Twitter, where staff are currently enduring an even more dramatic round of cost-cutting under their new boss, Elon Musk. So far, mere days after completing his acquisition of the platform, Musk has announced plans to sack nearly half of the workforce because of a massive drop in revenue. In the wake of this, users are threatening an exodus of their own, citing concerns that plans for the future of the platform will result in a hostile and unsafe environment.

In my opinion, this is unlikely to be the end of social media due to one simple fact: We don't yet have anything to replace it with. It's simply unrealistic to think that, whatever happens to the corporations behind Facebook or Twitter, we are going to go back to living the way we did before social media was a part of our lives. For all its faults, it's simply far too convenient and accessible. It's more likely that new social media services will emerge – perhaps solving some of the problems inherent to their predecessors, but in all likelihood bringing new ones with them. After all, radio, television, and newspapers all received blame for causing their own share of societal ills during their heyday in the previous century, just as social media has done in this century. So it’s a safe bet that, whatever comes next, somebody will be upset by it, too.

As for the future of Meta, a great deal rests on the question of whether Zuckerberg’s metaverse bet will eventually succeed or fail. Although recent indicators are not great, Zuckerberg and his company still retain control and ownership of the world’s most popular social networking platform and the still-sizeable advertising revenue it generates. Of course, they also have Instagram and the world’s most widely-used messaging app, Whatsapp, which are both wildly successful in their own right. This means that they continue to have significant resources at their disposal, as well as a global workforce that still stands at around 76,000.

The fact is, though, that no one really knows what the metaverse will look like yet, and Meta’s own offering doesn’t align very well with those who advocate the vision of “web3” as a decentralized, user-owned internet, built on blockchain technology and freed from the centralized control of corporations like Meta or Google. Failure of Meta certainly doesn’t mean failure of the metaverse concept itself. There will still be a next iteration of the internet, or a web 3.0. It just might not look anything like the version of it that Zuckerberg has spent the last year trying to sell us.

There are many who simply believe that "lighting doesn't strike twice," meaning that although Zuckerberg may have built the social media platform that defined the online experience of a generation, it's unlikely that anyone can be prescient, successful, and lucky enough to pull off such a feat twice.

But I believe the one thing that we can say with certainty is that the internet – or the web, or social media, or the metaverse, or whatever we call it – will continue to evolve. The online experience of ten years from now is likely to be as different from today’s internet, as today’s internet is from the internet of pre-Facebook days. My prediction is that, VR or no VR, it will be something more immersive, engaging and experiential.

Whether that path forward will be forged by Meta and Mark Zuckerberg remains to be seen.

To stay on top of the latest on new and emerging business and tech trends, make sure to subscribe to my newsletter, follow me on Twitter, LinkedIn, and YouTube, and check out my books ‘Tech Trends in Practice’ and ‘Business Trends in Practice, which just won the 2022 Business Book of the Year award.